Sonny’s Direct is located in Tamarac, Florida, and is the largest manufacturer of car wash equipment in the world. Their products run the entire gamut of car wash needs, from software to training to full car-wash tunnels and replacement parts. Since 1949, Sonny’s direct has embraced the latest technology to provide state-of-the-art car washing equipment to shops around the globe. With multiple layouts and fully customizable plans, Sonny’s car wash equipment fits anywhere. 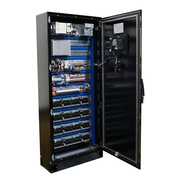 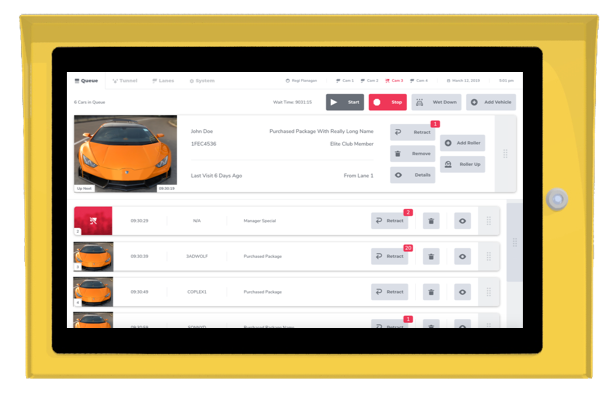 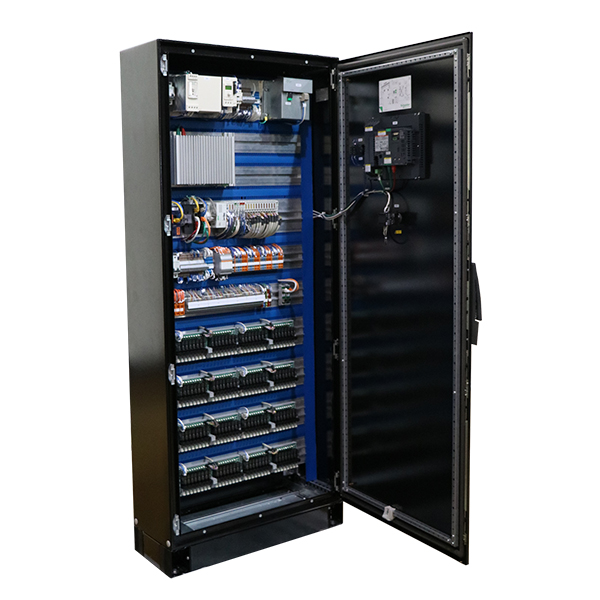 Sonny’s Direct is a manufacturer of car wash equipment and specializes in creating whole turn-key solutions for car wash businesses. They provide software and hardware, creating a unified system that anyone can deploy.

Because their systems are installed across the world, and in semi-outdoor environments, their devices are constantly exposed to adverse conditions. PC controllers in non-climate controlled closets suffer from overheating in desert environments and are prone to shorting and failure in high-humidity areas.

To cap it off, Sonny’s previous point-of-sale system was extremely slow, especially when communicating with the tunnel controller. This increased wait times and slowed down turnover on the user end, which affected long-term profit and general ease-of-use for the business owners.

Sonny’s Direct thoroughly researched their options for both Point-of-Sale and on the controller end of the equation.

They tested a number of tablets, specifically, looking into whether or not consumer tablets (like the iPad) would suffice. However, they discovered a number of complaints from users about iPads breaking when dropped, the only solution to which is to usually replace the whole unit.

In the end, they found that Cybernet’s Rugged X10 could not only survive long drops — due to military-grade hardware and drop-tested design — but also could handle Linux operating system installs right out of the box.

The iPC R1 rugged mini-PC, similarly designed to survive in extreme temperatures on either end of the spectrum, could still function at fast speeds and last longer in their control closets, despite those rooms rarely being climate controlled. They chose the iPC R1 because it was rated for temperatures ranging between -13 to 158 degrees Fahrenheit, meaning they could survive in a Phoenix, Arizona summer or a Minneapolis, MN winter.

The inclusion of the Cybernet Rugged X10 for point-of-sale uses, and the iPC R1 rugged mini-PC as an equipment controller, allowed Sonny’s carwash equipment to perform at far faster speeds and with greater durability.

The Rugged X10 tablet allowed the customer-facing employees to be more agile, no longer stuck behind a kiosk, engaging more easily with drive-up customers. The tablet also connected to the mobile printer, for receipts and other documentation, all without having to even be near the printer in question. The tablet, combined with the iPC R1 controller, also integrated well with the cutting-edge “internet of things” devices Sonny’s has recently begun deploying in their car wash systems.

The iPC R1 rugged-PC mounted easily to standard DIN rails, giving both Sonny and their customers wiggle room on how and where they want their controller. The speed of the device sped up operations all around, especially in conjunction with the Rugged X10 taking orders for the controller.

Customers reported how easy the new Cybernet tablets were to use, and Sonny’s found the new-and-improved carwash systems flying off the shelves. The increased durability of tablet and controller has also created fewer issues in the field (and thus less downtime).

Once we switched to these it's just . . . everybody loves it. We've been quoted by a lot of users as hands down the best tunnel controller in the industry. And all of that came about after we implemented this new layer with Cybernet PCs.

Did you know we also have a Cybernet site?

Navigating our Cybernet site will help make sure the information you see on our site is the most accurate to your needs.